It is tempting to write about this incredible winter we are having in Dunany. Even more snow than in 2008!

Witness this photograph of our lovely church, almost buried in snow, taken from Dunany Road.

As you know, there is a bell in that white little steeple. This is its story * 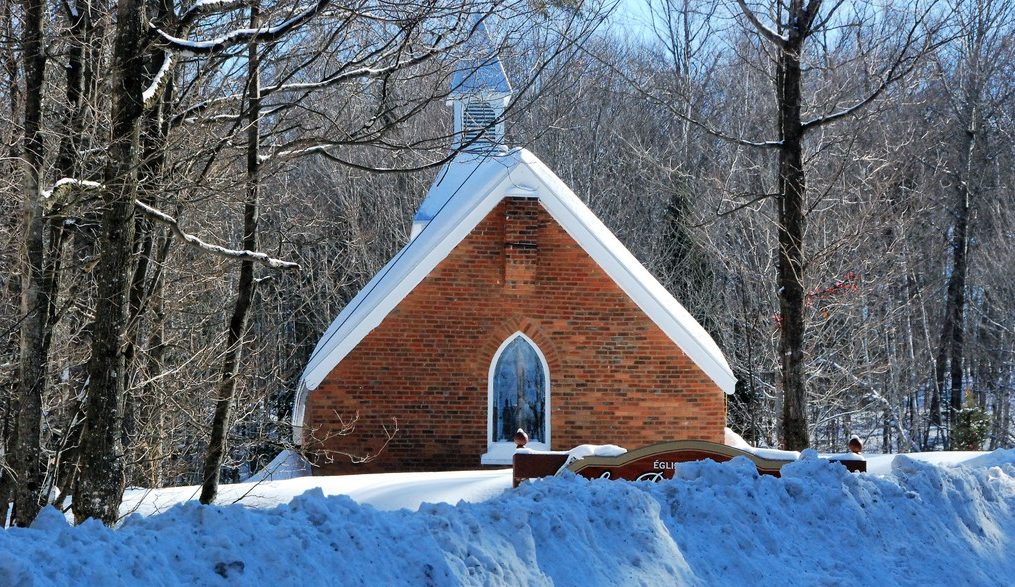 In 1964, St.Paul’s Church received the gift  of a new church bell (note G. sharp) cast by John Taylor & Co. of Loughborough, England. It arrived on the S.S. Para of the Cunard line and was used for the first time on Sunday May 31rst, 1964.

The bell was presented to the church by Mr. and Mrs. A. C. Straessle of Boyd Lake.

It had been ordered through Les Établissements Cogné of Montreal and the invoice, as sent to Leonard F. Gain, builder of the house France and I own now and church warden at the time, was for $384.00

And finally this from The Watchman of August 8 1988 (Remembering 100 Years Ago).

” The Gore – The beautiful little new church in West Gore (St. Paul’s of Dunany) is approaching completion and reflects great credit upon it’s Architect, F.C. Gamble esq. of Lachute. Built at a very low cost it is a model of good taste”.

And now, make that bell ring.

* Special thanks to June Parker for providing me these documents from the church’s archives.

8 thoughts on “A bit of Local History: How St-Paul’s Church Acquired it’s Bell.”