When the MRC launched its program to identify invasive and indigenous plants in the lakes of  Argenteuil, I raised my hand and proposed to include Clear lake. The 56 page interesting report drafted by the CRE Laurentides (Environment Council)  has just been made available and if you wish to practice your French, you will find it here.

The inventory was done in 25 lakes – including such lakes as  Louisa, Bixley, and Hugues –  and, thank God, no exotic or invasive plants were found in the lakes surveyed. This is comforting but we should not forget that 40 lakes in Laurentians have to deal with Eurasian Watermilfoil, an extremely invasive plant that can destroy a lake. Also, there is some of it in a couple of landing stages on the Ottawa River in Brownsburg-Chatham. So we must be very vigilant!

Back to Clear lake. Thirteen varieties of plants were found, according to the report. In all the 25 lakes, the count is between 9 and 32. Which is to say there are not that many. 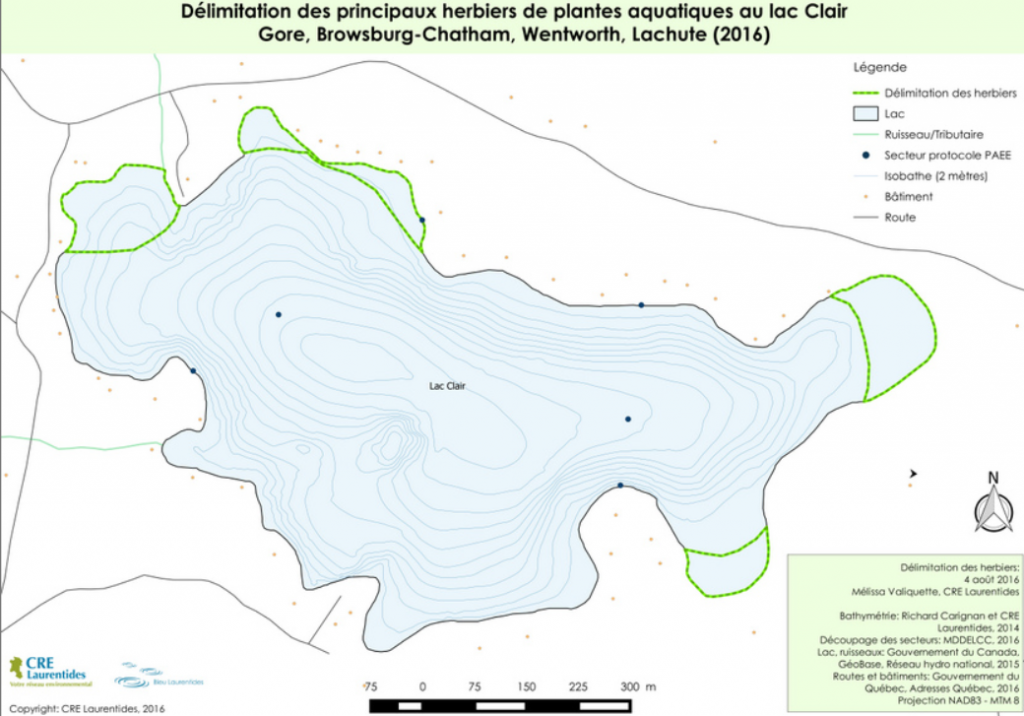 The verdict of the biologist who directed our work was non equivocal: dam nice lake! If you look carefully at the map, your will find that the plants are concentrated in five bays around the lake.

I have prepared for you a page with pictures and names of the plants that you will find here.

PS. I have twelve pictures, not 13, because I think there is some confusion around the many varieties of Pondweed. There are so many varieties. Like Heinz products!

6 thoughts on “An inventory of aquatic plants on Clear lake: all’s clear!”