It is all in this little box, corner of Boyd and Dunany Dunany Road.

Even though they are a recent (2009) idea, there are now more than 10 000 of those Little Free Libraries or Free Book Exchanges around the world, according to Wikipedia. The idea is simple: you put a book in, you take one out. In other words, it is a way to share books with one another.

The Dunany project initiator is Lois Finch who proposed the idea to the DCA and got Wentworth Council to approve it and provide the necessary permit. The box itself was crafted by John Wilson.

As you can see, there are already many books in the box. 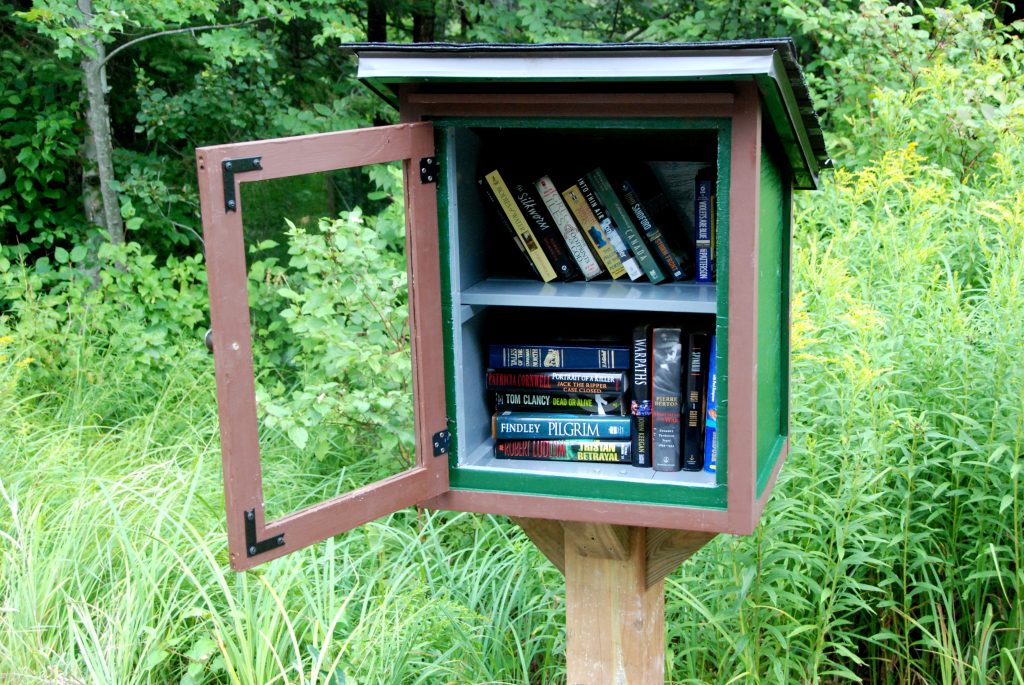 The rest is up to you, members of the Dunany Community. Especially those who live here year long.

Put a book in, take one out!

12 thoughts on “Dunany now has a Community Book Exchange”