The Dunany Black Fly Open is how our friend Maurice Pilon described last Sunday’s Pray and Play tournament, the fundraiser for St. Paul’s Church. Believe me, the Black Fly Open  is a totally appropriate name for the venue as there were certainly millions of black flies on the Dunany Country Club golf course last Sunday May 21.

Our 2016 winners, Chairman and lay reader  are all smiles and really happy because this picture was taken inside the church! Most of you will have recognized Cathy Leslie, Caroline Roy, Ross Leslie and Judy Hammond . They are seen here with our beloved Wendy Crooks and this year’s Honorary Chairman, Scott Pearce, mayor of Gore and Prefect of the MRC d’Argenteuil. 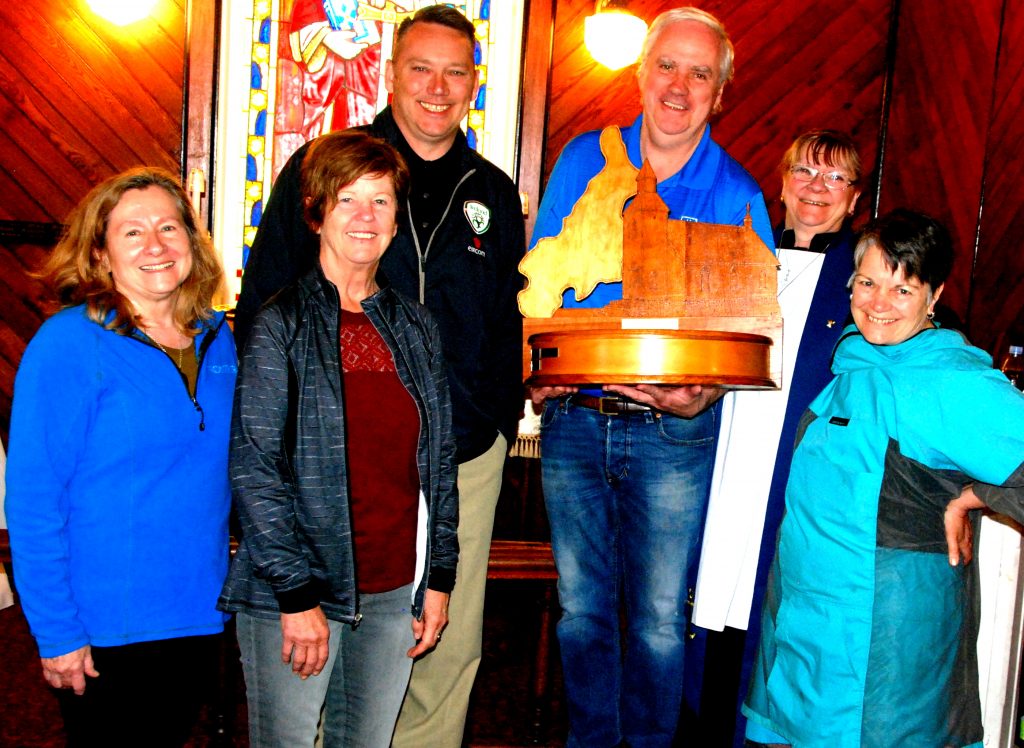 The champions of the 2017 event will be honoured  next year but you can already congratulate them. They are a trio: Barbara Armstrong, Angie McLeod and Maureen Cameron.

ccountants, The Gloven’s and IGA Lachute who once again donated and prepared the lunch of burgers and hot dogs. Great thanks to them for a solid contribution to St. Paul’s.

But the person who deserves the greatest thanks is Robert Percy.

Without his commitment, his dedication and boundless energy this event, which is now in Dunany’s DNA, would just not happen.

Three cheers to you Robert!

4 thoughts on “Meet the Winners of the “Dunany Black Fly Open”.”