Those of you who live in Dunany year round know how awful Dunany Road was this winter!

For those lucky enough to live in towns or are basking in the sun south of here, this is what we are talking about: late snow clearing, slippery roads (limited sanding) and, worse, dangerous ice bumps and ruts. 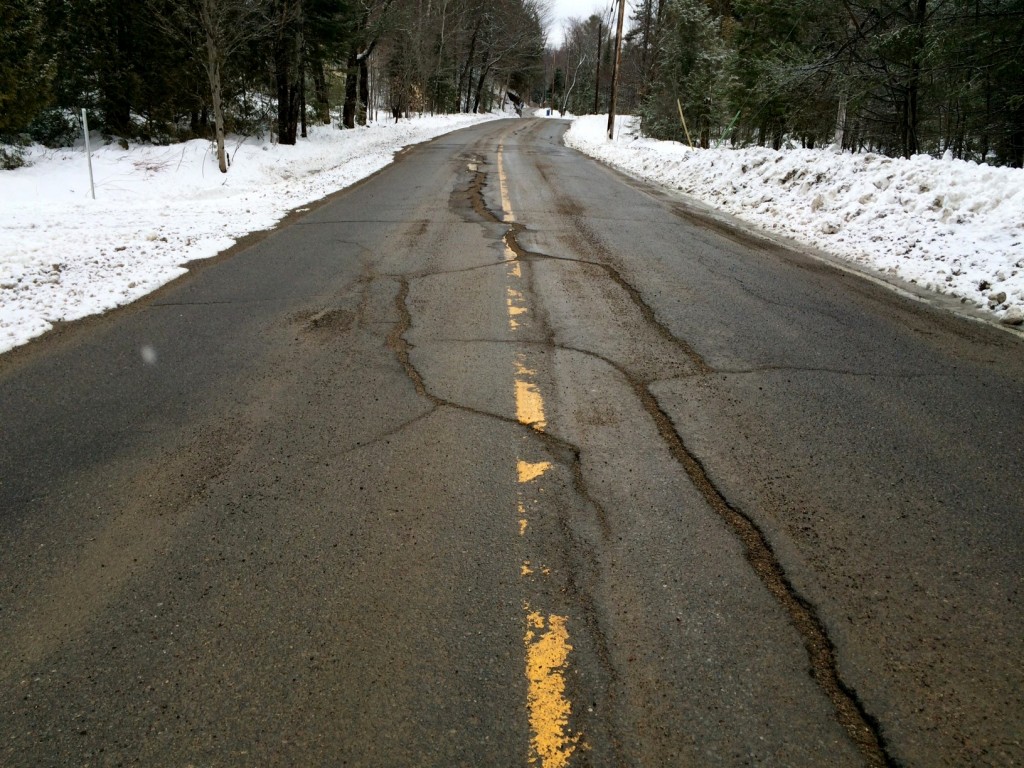 When some of us got really fed up with this situation I called the office of our local MNA. They told me that the only way to get the MTQ moving was to register complaints. So complaints they got. My short email generated almost 60 complaints. The secretary who retrieved them was stunned. She told some of people she had never seen such a tsunami!

Then I went after the MTQ.

Here is what I learned. The contractor, from Brownsburg-Chatham, has just completed the second year of his three year contract. The MTQ is unhappy with his performance and will give him an ear full. But not unhappy enough to break the contract. Since it’s snow plows are not equipped with GPS, monitoring performance is anecdotal.

This contractor is really busy. He does the 327, the 329 and sections of highway 50. I have heard many complaints about the very poor maintenance of the 329 to Morin Heights.

The MTQ also tells me that finding a contractor in rural areas such as ours – in the old times our road was Rural Road 6 – is a challenge. Sometimes, they get no bid or just one. Since the MTQ often referred to the contract I asked for a copy. Since they would not give it to me I file a Freedom of Information request to the department.

Bottom line: since Dunany Road is just one piece of a larger contract: there are also the 327, 329 and 50 – we seem to be stuck with this contractor for another year. Hopefully,  the MTQ will monitor the winter road maintenance much more closely next winter and ensure decent service on our road. Anyway, we will be watching.

Finally, I asked the MTQ when they planned to resurface our road. I was told – and I quote – C’est dans la planification!

The 2016 road projects are to be announced soon. Stay tuned.

PS. Would you believe that the snow plow had to be pulled out of the ditch on Dunany Road at least once.

14 thoughts on “The Life and Times of Dunany Road last Winter.”