The de-glaciation process had recently begun and given birth to the Sea of Champlain which was a temporary inlet of the Atlantic Ocean, created by the retreating glaciers during the close of the last ice age. This sea of saltwater was born about 13 000 years ago when the glacier began melting. It slowly shrank allowing the rebounding continent to slowly rise above sea level.  The sea was home to crustaceans, seals, walrus and belugas whose fossils were found in the Lower Laurentians. 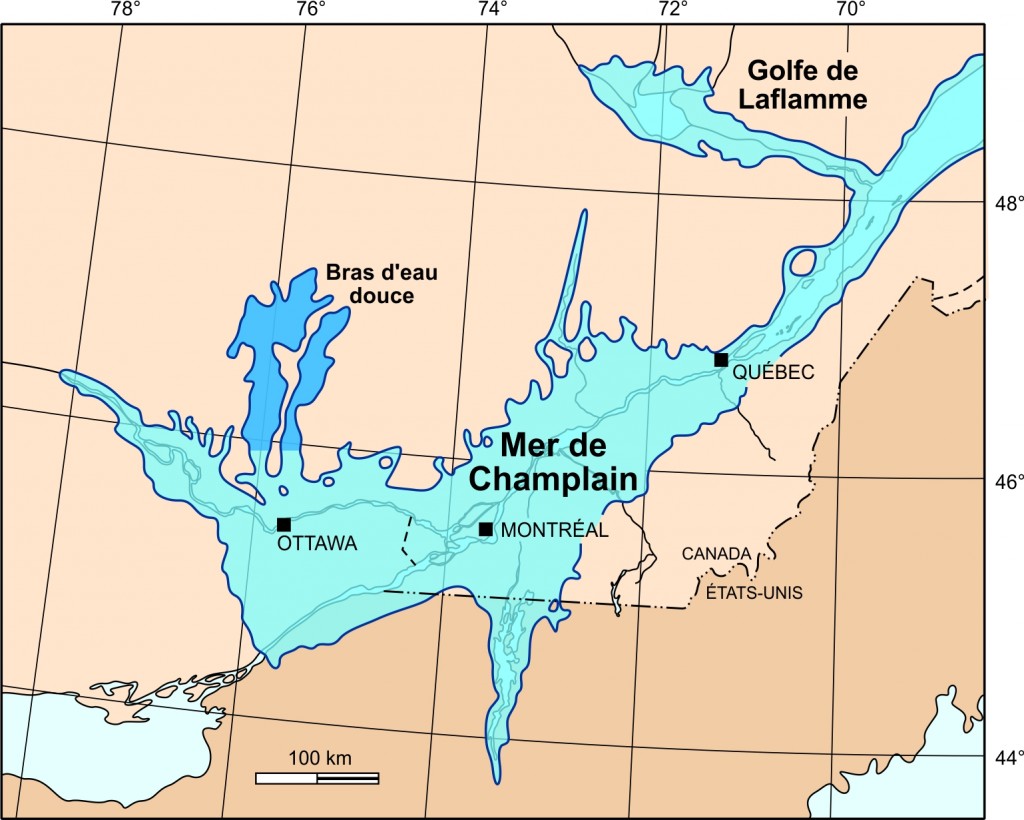 In 2001, the skeleton of of a 10 700 year old beluga was found in Saint-Félix-de-Valois, 118 kilometers east of Dunany. It was the best preserved of the 21 specimens found to date. Interestingly, it proved to be morphologically identical to the belugas found today in the St-Lawrence River. The vegetation found around the shores of this salted inland sea was pretty similar to the tundra now found in Northern Quebec.

Lake Lampsilis (known today as Lac St-Pierre, east of Montreal) is the name given to the body of fresh water that was left after the sea of Champlain had retreated. The sea lasted from about 13 000 years ago to about 10 000 years ago and shrank continuously during that period. The actual shoreline of the St-Lawrence took today’s shape about 8 000 years ago.

The melting of all this ice – about two kilometers thick – removed a lot of weight permitting the earth’s crust to slowly lift.  That is how the Laurentians and their thousands of lakes were created. If you wish to see how this evolved over time, have a look at this simulation.

As you can see, our geological history is pretty recent considering that humans were living in Europe more than half a million years ago!