Sure, weather is great. But there is more, lots more.

More than seventy of them were celebrating the opening of the new Dunany Trail.

Look at Maurice with his huge smile and big scissors. He has just cut the ribbon making this beautiful trail accessible to our community.

A Glorious Trail as Cynthia Scott aptly described it.

There was so much enthusiasm for this Dunany Community Association (DCA) project that the little jar on the picnic table overflowed with contributions totalling no less than 695$. And that could grow as some of you might want to make this number grow. 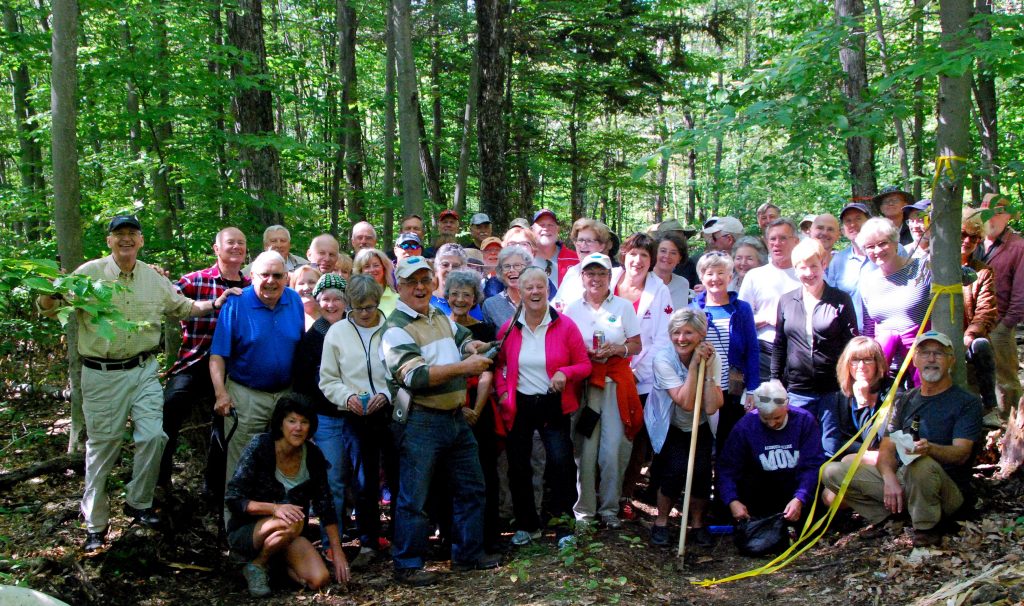 There are tons of people to thank for this and I will try not to forget any. First and foremost, there is Robert Percy. It was his idea, his project and he managed it like a pro. Bravo Robert.

But he could not have made it alone. Big Pine Fish and Game Club was on board but  he also needed the collaboration of the other land owner, especially Simon Octeau and the Dunany Country Club. They were early buyers and they deserve a good hand.

For the actual work on the trail, he was very ably seconded by Maurice and Stan Roy.

And then, there was the BBQ team with Maryse, Rick Latt, Jane Pilon, Margo MacGillivery, Scott Moffat, Lynn Palmer and once again Maurice Pilon. Thanks also go to Bruce MacLeod who took charge of transportation. 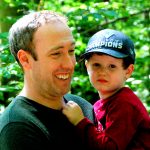 Jason Morrison, mayor of Wentworth, joined this happy crowd with his son. Two Dunany residents, Bill Gauley and Maurice Pilon, will join his team for the November 5 elections.

And now, for en encore, watch this wonderful minute and a half video from my favourite camera team John Parsons and Jennifer Gruner.

4 thoughts on “Why were so Dunany Folks really Happy on September 10?”