Proof: the animal on the left is an eastern coyote probably tracking the scent of a deer or looking for a small rodent.

Eastern coyotes are a hybrid of western coyotes and wolves. They are primarily nocturnal animals and usually wary of humans and avoid people whenever possible.

These animals were photographed recently in the private forest adjacent to the golf course using a hidden camera. 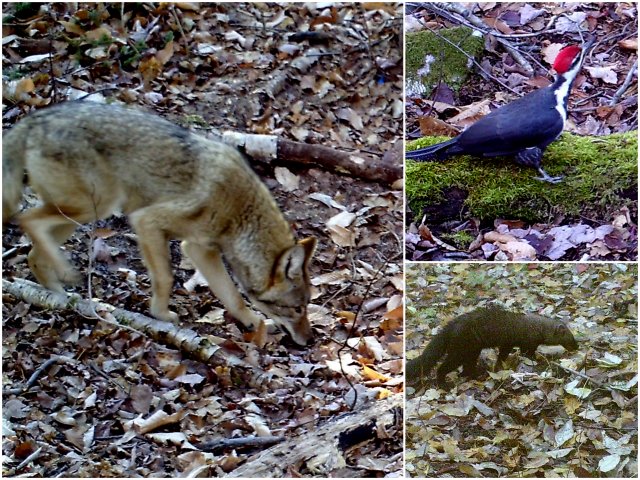 The other interesting animal is a Pekan, a large dark brown North American arboreal carnivorous mammal, a name of Algonquian origin. It is a solitary animal, difficult to observe, a predator who will even go after porcupines!

The bird, as many of you will know, is a Pileated woodpecker.

9 thoughts on “Yes, there are coyotes in Dunany!”