This activity is on hold until further notice.

To determine the best Cribbage player amongst a group of braggarts the Men’s cribbage club was started. In 1956, 8 Dunany cribbage experts (Ivan MacDougall, Tony Straessle, Jack Moore, Gavin Walker, Ken Laidley, Gord Ritchie, Eric Burnell-Jones, and Peter Palmer) challenged each other.
The first meeting was held in January, in a tent, on Clear Lake at the junction of Wentworth, Chatham, Gore and Lachute. Due to the cold -20 F and despite the liquid refreshment only 3 challengers arrived, Jack Moore, Gavin Walker and Peter Palmer.
After a few cribbage hands and the declaration of a dividend, the group retired to the warmth of the Palmer Kitchen and thus the Men’s club was born. 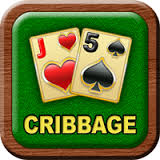 The club has had 4 leaders to-date with James Cameron the present leader. The Group meets in the Dunany golf club every Wednesday at 7:15 til 10:30. There is a $5.00 fee per night to cover the cost of the refreshments. The extra money is sent to a children’s charity every year. In addition, this year 4 new card tables were purchased that are shared with all groups using the club house.

Members meet on Wednesdays from 7:15 to 10 PM at the Country Club.