There is good word in French to define Dunany. Better than hamlet. It is a lieu-dit (literally a said-location); a term referring to a small geographical area bearing a traditional name. The name Dunany is that of a county in the northern part of Ireland. Even if it was never a municipality,  Dunany has been on the official road map of the Quebec government since it’s first edition in 1922.

It is geographically defined by it’s watershed of approximately 15 square kilometres. This map of our wetlands was produced by Ducks Unlimited in 2016. 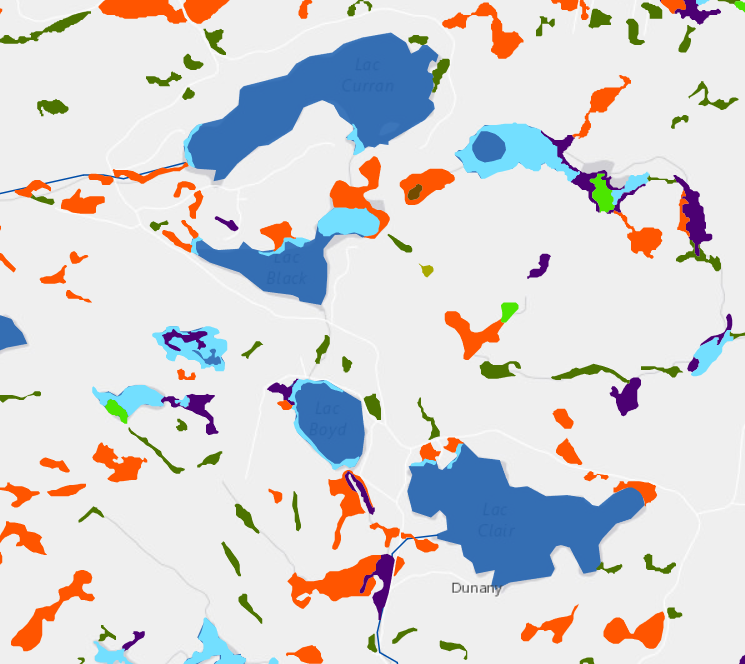 Residents of the Dunany Community live around four lakes : Clear, Boyd, Black and Curran. There are altogether 204 properties located in four municipalities: 144 in Wentworth, 23 in Brownsburg-Chatham, 19 in Lachute 19 and 18 in Gore .

About a quarter are permanent residents. The others are cottagers.