These are the questions and answers of the Great Dunany quiz posted in February 2020 on this Web site. 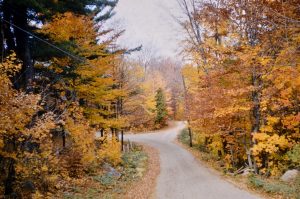 1. What was the original name given to Clear Lake?

2. When was St. Paul’s Church consecrated?

3. When was the DCA incorporated?

4. In the early eighties, Dunany residents petitioned governments about a major issue . What was it?

Dunany Road. What else? It was described in the Wartchman as “a patchwork mess of holes, the worst road in the country”. The petition was signed by 350 persons.Problem was, it was in Lachute who said it could not afford to fix it. Problem was solved by transferring it to the Quebec Department of Transport.

5. In what year was the Dunany Bridge erected?

7. Who were the first two presidents of the DCA?

8. What was the name of the sawmill in the Boyd Lake outlet?

9. On which property was the Dunany Country Club built?

Smith Farm. The first resident of Dunany was William Smith.

10. Which of our 4 lakes has the fastest renewal* rate?

Boyd Lake. It’s renewal rate* is 6 months. The rate of the other lakes is almost 2 years.

*The meantime water spends in a lake.