Michel Caron passed away peacefully on May 23 at l’hôpital d’Argenteuil de Lachute. He was 87.

He has left an indelible mark on Dunany, and especially it’s little Church: St. Paul’s.

A pharmacist and pharmacologist by trade, Michel was also a superior craftsman. In 2009 he co-managed with Robert Percy the exhaustive renovation of the church and made a very personal contribution: the windows. He crafted each of the six windows in the church. His contribution was recognized by the MRC (Ordre d’Argenteuil), the Wentworth Township and,  evidently, St. Paul’s. 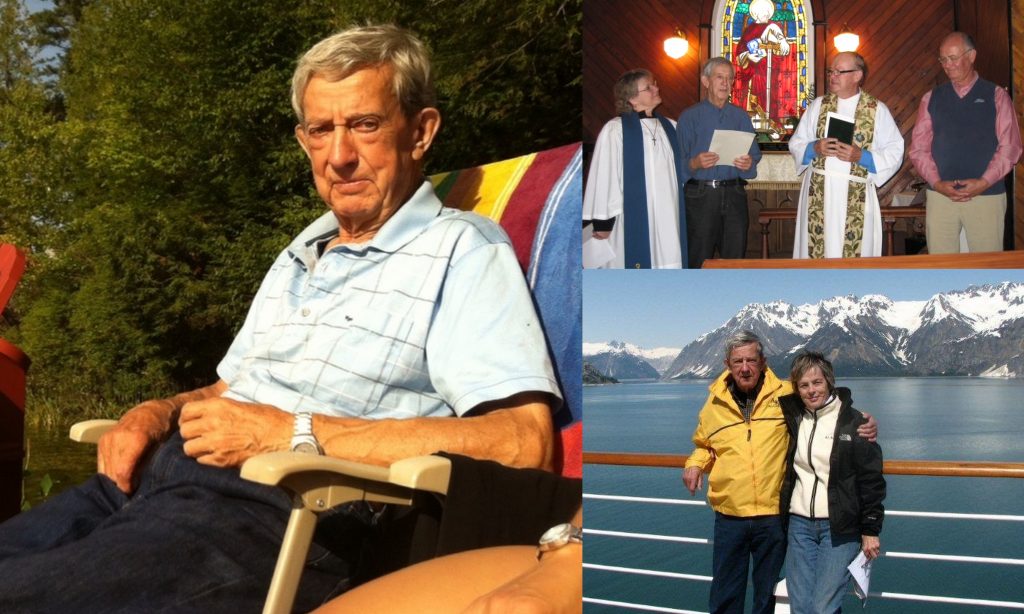 Like many of you, I have known Michel for many years and to me he was the perfect gentlemen. I found out he worked as a young pharmacist at la Phramacie Demers in Quebec City very close to where I lived. Years later he worked as a pharmacologist at Ayerst, McKenna, Harrison (later Wyeth and now Pfizer)  in Montreal with my uncle Roger Gaudry. It is a small world indeed.

Funeral will be held Saturday June 3 at Église Sainte-Anastasie, 174 Bethany Street in Lachute at 10:30

A lunch reception will follow the service in the church basement.

35 thoughts on “Michel Caron, pharmacist, craftsman, will long be remembered in Dunany.”