For cottagers, beavers are often a real nuisance. As some of you have experienced, they cut trees on the shoreline, build huts on our docks and sometimes disturb late evening swimmers.

One of the services the DCA provides to it’s residents is beaver control. Municipalities take charge when their infrastructures are at risk but when they roam our lakes we are on our own.

Since beavers are unpredictable, residents should protect valuable trees on their proprieties with mesh or fences. 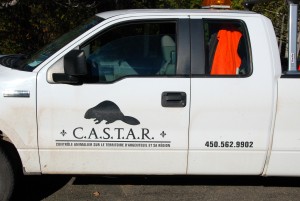 Here are a few things you might want to know about them.

Our trapper since 2015 is  Marcel Gauthier, a very experienced trapper who lives in Lachute, He intervenes when beavers do serious damage or threatens our properties.