You have probably heard talk about the Purple Bladderwort (Utricularia Purpurea) in Black Lake. It is a carnivorous plant found in many places in the Eastern part of North America, but only in a very few lakes in the Laurentians. When abundant it can be bothersome but it is otherwise harmless.

This 2,5  minute underwater video was shot in June 2015 in the far east section of Black Lake last summer. The author is none other than Dr. Richard Carignan, Quebec’s foremost lake expert. He is also an active member of the GRIL (Group for Interuniversity Research in Limnology and Aquatic Environment)

He has identified in French the plants seen in the video. I am providing you here with the appropriate English names. First, in order of appearance, is  la (Vallisnérie américaine, (Vallisneria Americana),  Brasénie de Schreber,  (Schreber Watershield), Potamot à large feuilles, (Large-Leaved Pondweed)  then lots of Purple Bladderwort. Finally,  a composite of the latter, plus vallisnérie américaine (Tapegrass) and some potamot émergé (Ribbonleaf Pondweed). All of these plants, except the Purple Bladderwort, are common in all our lakes.

We do not know how long the Bladderwort  has been living in Black lake. I arrived here in 1996 and I remember hearing about this phenomenon around that period.

There was still a lot of Purple Bladderwort in the following years. It was assumed that there were less abundant when water levels were high. But, in 2018, that theory went underwater as the area that previously covered the eastern part of the lake shrank dramatically, roughly by 2/3,  even with the low water levels during this beautiful hot summer!

The following map was produced in 2013 and, as you can observe, plants – mostly purple bladderwort – cover a significant part of the lake, mostly in the bay in the eastern section of the lake. The situation changed dramatically in 2019 when the purple  bladderwort cover was reduced by 40 to 50% and again by 80 % in 2020. And in 2021, only about 10% of the original coverage was left. Could it be a cyclical phenomenon? 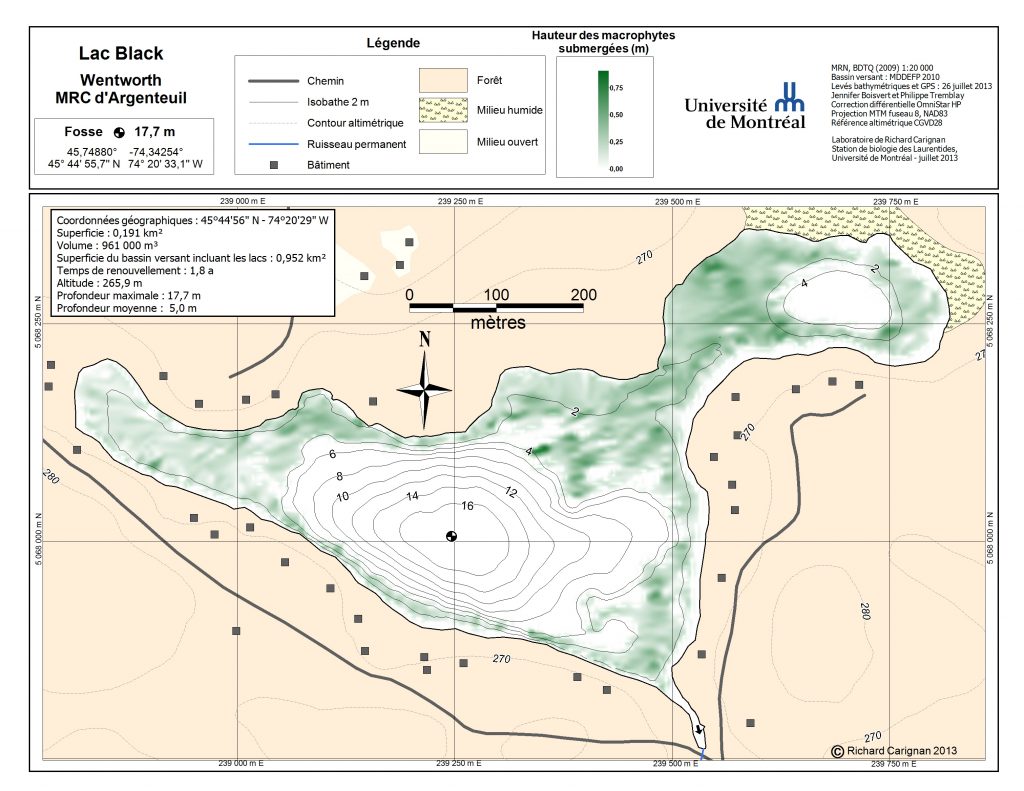 Bottom line, nature has its mysterious ways. Are we looking at a cyclical event? Will the Purple Bladderwort continue to recede or grow?

The best we can do is collect as much information as possible to enhance our knowledge and and share it with the scientific community so as to benefit from their advice.