This picture is especially dedicated to those of you who have left Dunany for the winter and will only return when the ice has gone. Have a look at our new and beautiful bridge. 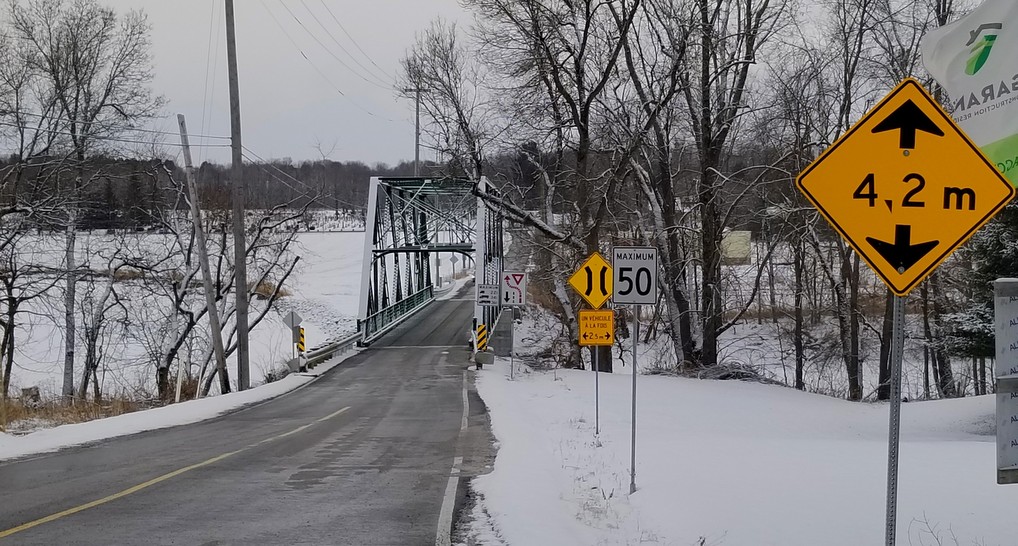 It was finally opened on Monday evening December 16 at 7 PM.

Why did it take so long?

Well, as I wrote earlier, this being a heritage bridge, it had to be rebuilt exactly as it was built in 1912. The work was completed around mid-November but an inspection by Public Safety officials showed that the embankment of the road on the South side has been seriously damaged by the floods of  last spring and that rock fill was necessary to prevent that part of the road from collapsing. Hence the delay.

Oh! I almost forgot. The noise on the roadway of the bridge is about the same as before.

13 thoughts on “Oh what a beautiful Bridge!”